The first edition of the Children’s Rights Alliance Report Card Series was launched on the day dubbed ‘Blue Monday’ owing to terrible weather, unpaid bills and the recession.  50% of commitments to children were ‘seriously behind schedule’ and Government was awarded a disappointing overall D grade. 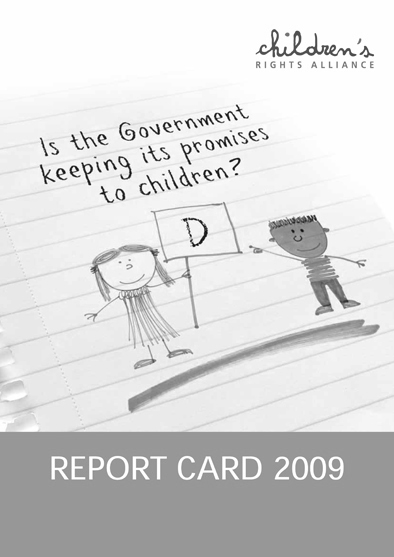 Within Health and Education, the Government received its worst grade – an ‘E’ grade – in two sub-sections, namely mental health and early childhood care and education (ECCE), for an unacceptable performance that took steps in the wrong direction, with no positive impact on children.  The Government received its best grades in the sub-sections of financial support to families and play, which were given a B minus grade and B grade respectively. 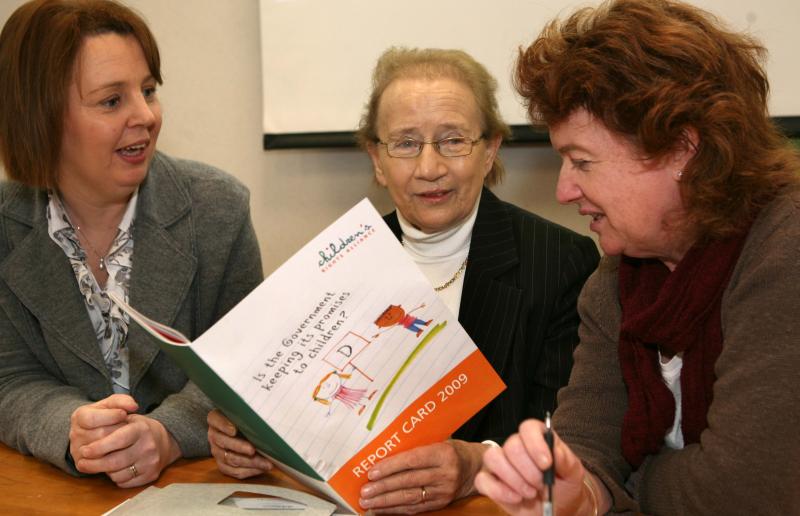 The Government was seen to have good policy commitments in place but that were failing to honour them. The Report found that there was a lack of accountability to commitments and, seemingly, a lack of concern when commitments were not honoured – with monitoring and evaluation processes lacking.

Report Card 2009 was graded by an external panel, of which the following were members: