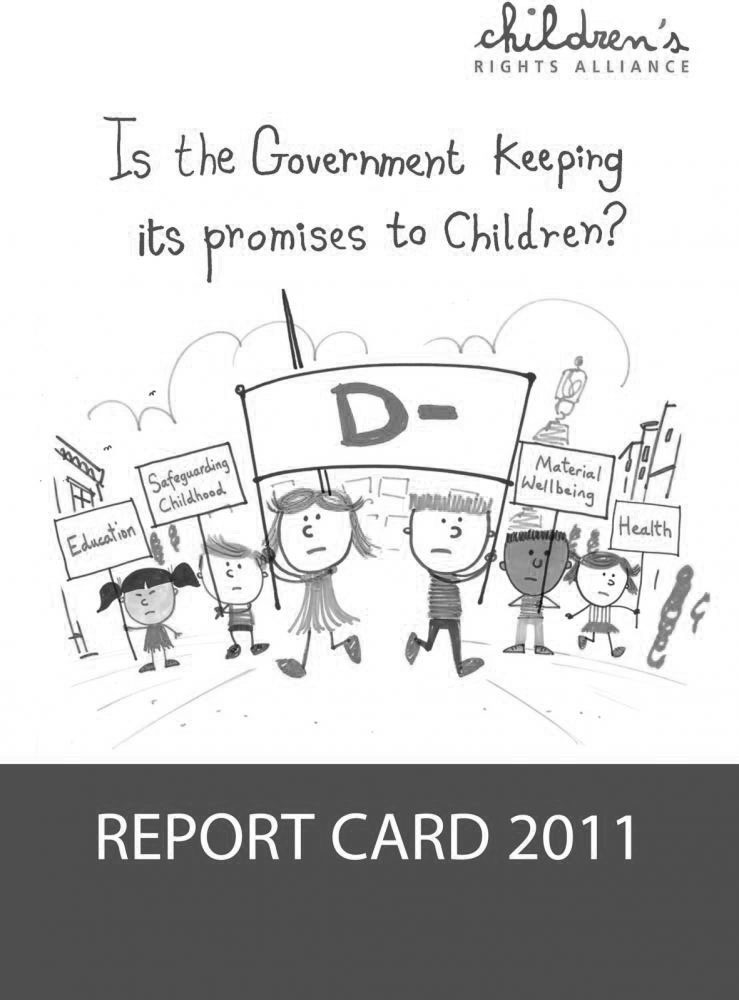 Three F grades (FAIL) were awarded in the areas of alcohol, financial support for families, and Children First guidelines.  The best grades were awarded for work undertaken in early childhood education and care and social work provision, both receiving a B grade.

Report Card 2011 outlined 36 immediate actions the Government needed to take to deliver on its own promises.  While some of these actions were dependent on increased funding, 15 – almost half – required no additional money.  We called on departments to work together, processes and practice to be reformed, transparent decision-making and increased monitoring and accountability.

With a General Election on the horizon, the Alliance called on all political parties to join the vision of making Ireland one of the best places in the world to be a child and to ‘make it real’ in their manifestos.

The Report Card 2011 was graded by an external panel of which the following were members: